Be Professional! Forum: Animation Beyond Animation

Facets of the creative process that move beyond the art of animating are presented in a two-day forum (Friday 15/10 – Saturday 16/10) and reach issues related to production, social & political reality, professional organization and even spectator issues. Animation is complex, but fascinating.

12:00-12:10 Vassilis Kroustallis, Introductory remarks
12:10- 12:30 Giorgos Nikopoulos, PhD Candidate, Department of Audio and Visual Arts, Ionian University: The teaching of kinesiology for actors-dancers who incarnate animation characters.
As part of his thesis entitled "Shadow Theatre and Animation: two kindred arts", a thesis based on practice based research, the researcher creates the first artistic project on his study, an animation film with explicit references on shadow theater.
This project is the first part of a trilogy. This animation movie is produced by live action animation, as the film involves participation of performers (actors - dancers) who go through the very demanding process of "reviving" their character, before filming. Following the reserarcher's study of motion using three-dimensional digital models and shadow theater figures, the performers are given instructions on how to best capture the spirit of the character to be incarnated. The presentation includes a demonstration of the method followed by the director and the performers to achieve their goal.

The history of the Audiovisual Translation (AVT) is inextricably tied to the advances and progress of technology and to the evolution of cinema. Indeed, the very birth of AVT came as a result of and was made possible thanks to the transition from the silent cinema to the "talkies" and to overcoming the technical difficulties which troubled filmmakers and engineers since 1894. Nowadays, AVT is widely used throughout the world, while it keeps on evolving due to the technological advances and the changes brought about by globalisation and the World Wide Web. AVT includes, among others –besides interlingual subtitling for the cinema, television, DVDs and the Internet which is particularly popular in Greece– dubbing, voice over, surtitling, subtitling for the deaf and the hard of hearing (SDH) and audio description (AD), namely the description of images on the screen for the blind or the visually impaired. The presentation offers an overview of the various types of AVT with emphasis on interlingual subtitling, SDH and AD
The above will be subsequently applied to the animation, stop-motion film My Stuffed Granny by Effie Pappa.

12:00-12:45 Ron Dyens, producer,  French Animation: Production & Co-Production. The founder (since 1999) and director of Oscar-nominated Sacrebleu Productions, Ron Dyens, will present the topic: French Animation: Production and Co-Production
12:45- 13:30 Hanna Heilborn, director,Visual politics.
Hanna Heilborn will talk about David Aronowitsch's and her strive to find innovative artistic film forms, in order for the audience to experience our society in a new way, intellectually, emotionally and politically.

All talks and Forum event have free admission. 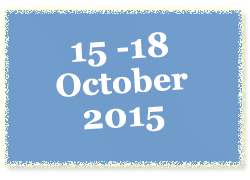 You are here: PROGRAM