BE THERE! CORFU ANIMATION FESTIVAL 2014
REGULATIONS

Be there! Corfu Animation Festival aims to promote an international and creative animation event that will be the meeting point of respective animation artists. It encourages collaboration and the communication of ideas, while at the same time acts as a cultural and educational vehicle for spectators of all ages and backgrounds. It is organized by Animate Corfu NGO, and invites in its competitive programmes works with a substantial amount of frame by frame animation film (made for cinema, TV or the Internet).

Be there! festival does not have a market, but conducts workshops & lectures in its main festival programme. It will take place in Corfu, 16-19 October 2014.

No entry fee is required for submission.
Only films completed after 1st January 2013 will be eligible for participation at Be there! Corfu Animation Festival. The running time of a film can range from a few seconds up to 35 minutes (short films & graduation films), and over 50 minutes (for feature-length films).
The festival makes no distinction between animation formats, genres or geographic origin of the film.

Fillms submitted at Be there! festival may have been previously shown at other animation festivals in Greece or internationally. This should be indicated in the entry form (appropriate entry section)
Multiple films from a single entrant may be submitted in separate entry forms (article 6). Each invidividual artist, animation studio/production company can submit up to 6 (six) films for consideration to each of the competitive sections.

The same eligibility rules (article 2) apply to all categories.

All film submissions should reach Be there! festival before 30 June 2014.

The competition copy of feature films selected for the competitive festival section, for which it has already been stated in the entry form to be submitted in 35mm format, should reach the festival up to 15 September 2014.

As regards to the selection procedure, films can be submitted in DVD (PAL) or/and in a single HQ digital file (see also article 5 – Technical Specifications). The competition screening copy for the films which will eventually be selected for the competitive section must be a single high quality digital file for short films and graduation films and feature films . Exceptionally feature films ONLY may also be submitted in DVD (PAL) discs or 35mm film.

If the film features dialogues or commentary in a language other than Greek or English, please provide a film copy with embedded English subtitles.

If the film features dialogue or commentary not in Greek language, please provide, in addition, an external subtitle file (i.e. srt, sub/idx, timecoded txt, ssa) containing the dialogue list in English (original language or translation). Providing us with timecoded subs is not strictly mandatory, it is though higly appreciated, especially for films containing rich dialogues (see also article 6 for all accompanying documents).

Note: i) When editing your film, please keep in mind that all digital files will be handled by computers working on Windows OS. ii) Do not use codecs that render a data transfer rate higher than 28Mb/sec. iii) Apple Prores (HQ) (28 Mb/sec) codec is coldheartedly(!) accepted.

Subtitled films:
All films containing dialogues in languages other than Greek or English, must have embedded English subs in clearly visible size and colour.
Be there! festival does not accept DigiBeta or BetaCam for selection or screening purposes.

The festival is committed to subtitle all films in Greek using its own production team and expenses, but only for those selected films that arrive within the deadline, and meet the requirements of articles 5 and 6.

For a valid film submission, please ensure that all the conditions below are met:
a. A completed and signed entry form
b. A short biography (7 lines maximum) and director(s) filmography
c. For films with dialogue or commentary in language other than Greek, provide an external subtitle file (i.e. srt, sub/idx, timecoded txt, ssa) containing the dialogue list in English (original language or translation).

a-c are to be submitted via the online submission form .

Film/Director Photos AND the digital file should not exceed 8,1 G and should be submitted electronically to the Competition Section Coordinator George Oikonomou ( This e-mail address is being protected from spambots. You need JavaScript enabled to view it ). Alternatively, you may provide us with access to your server to download them ourselves, under the self-imposing condition that total file size is not prohibiting such transfer.

f.  Only if the digital file cannot be provided before the selections announcement or the participant wishes to send along a DVD disc (for convenience or artistic purposes) as well (please note that digital file is mandatory for screening purposes), send by post to Be There! Corfu Animation Festival, PO Box 288, Corfu 49100, Greece (Attn. V. Kroustallis). The DVD disc should contain an English hard-subbed DVD-formatted film (for films with dialogue/commentary other than English or Greek).

Note: When enclosing files which correspond to a – f. requirements in a single disc, please, if possible, do not use printable disk media, on account of a confirmed probability of reading errors.

Be there! Festival organizers appoint a selection committee that will judge the films submitted, based solely on their artistic merit. None of its members should be in any way involved in the production or distribution of works submitted for selection. The decision of the selection committee is final.

Each entrant will be notified about the selection outcome no later than 20 August 2014. The organizers and the artistic director of the festival reserve the right to screen free of charge a submitted film that has not been selected for the competitive programme to a Panorama/out of competition official programme.

For DVDs or DVD-Rs containing the digital video files, transportation costs and insurance charges of prints, as well custom-related charges will be at the entrant's (or authorized organizations) expenses.

These prints will not be returned, and will remain at Be There! video library after the festival. If the entrant requests otherwise, s/he is responsible to arrange film print return at his/her own expenses.

Sending expenses for feature films selected for the competitive section of the festival in 35mm, as long as any additional custom charges, freight charges, are borne by the entrant or the studio production of the film. The festival bears the cost of returning the 35mm film prints to their country of origin, within 30 days after the end of the festival. via its forwarding courrier agent. It is also responsible for charges associated with the insurance and storages of the film prints in 35mm, from the moment they reach the festival's office to the moment of forwarding the copies for return to the associated forwarding agent.

The organizers of Be there! Festival appoint a jury of no less than 3 members for each competitive programme. It will consist of both Greek and international animation experts. In no case will any jury member be directly or indirectly involved in the production/distribution of the films under their judgment.

The Be there! Corfu Animation Festival awards are as follows:

-Awarded by the juries:

The juries have to confer all of the above awards, and cannot award further awards.

-Awarded by the audience:

It is expected that the producers and directors of award-winning films should mention the prize obtained, the year and the name of the festival (Be there! Corfu Animation Festival ) in their film credits.

Each entrant whose film is screened in either competitive programme or out of competition has a free pass to all festival events. Be there! Festival cannot cover accommodation or travel expenses.

Members of the press (print, electronic, online) and animation professionals are welcome to attend Be there! Corfu Animation Festival. Accreditations details will be published at http://betherefest.gr

Each entrant declares to own the rights (film, script, music) of the films s/he has submitted in competition. The entrant provides the screening rights of his/her film at no cost to the festival organizers, with a maximum of 3 public screenings to be shown during the festival.

Unless explicitly indicated otherwise in the entry form, the entrant grants Be There! Corfu Animation Festival the right to show no more than 10% of the film (or the trailer the entrant has provided) in promotional TV/print press programmes and the festival website/trailer/electronic catalogue.

The Be There! festival organizers will negotiate directly with the director/producer for any case of subsequent film screenings beyond the festival dates. 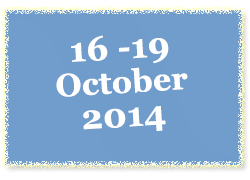 You are here: BE COMPETITIVE